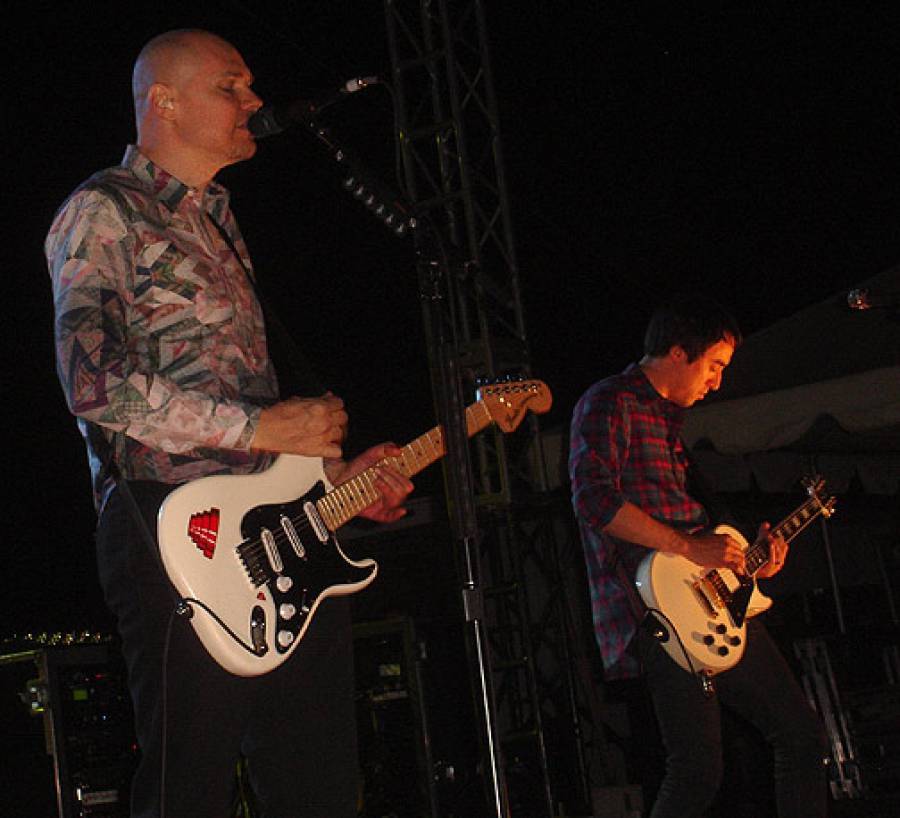 I gave Billy Corgan (of Smashing Pumpkins) a few Energy Dome stickers as he was watching DEVO’s performance. He promptly put two of them on his guitar and showed his DEVOtion when he used the guitar during the Smashing Pumpkins show that night (following DEVO). As seen at Waterfront Park (Forecastle Festival), Louisville, KY – July 10, 2010. Photo by Michael Pilmer/Devo-Obsesso. Feel free to distribute on Facebook & Twitter, but please give credit to Michael Pilmer/Devo-Obsesso. To use anywhere else, please contact for permission: michael@devo-obsesso.com.