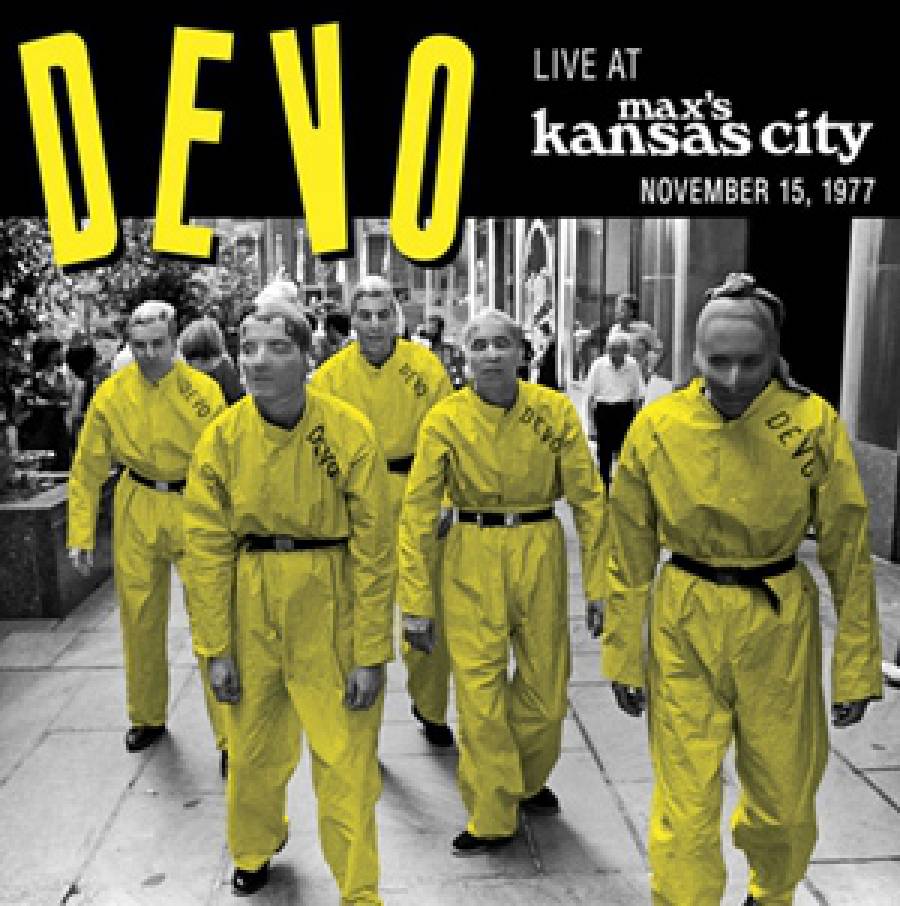 11/15/77: Max’s Kansas City – David Bowie is backstage with the 5 self proclaimed ‘spudboys’ from Akron waiting for his cue to introduce the band who, in his words were, “The band of the future!”. As time went on it became clear that the future is still waiting to catch up with DEVO.

Working closely with the band and those who were there that night, Jackpot Records brings you this audio time capsule that catapulted DEVO from strange, musical hillbillies toinnovative pioneers overnight.

Now the truth can be told! Available for the first time on vinyl the entire performance, complete with rare, unearthed audio of David Bowie.

With liner notes written by DEVO Co-founder Gerald V. Casale specifically for this release (which also includes a reproduced early DEVO press bio sheet from 1976), this record will be the perfect compliment for hardcore DEVO collectors, music fans and those who are new to the game.