A heartfelt message to the Casale family from Pearl Jam regarding the passing of Devo’s Robert “Bob 2” Casale: 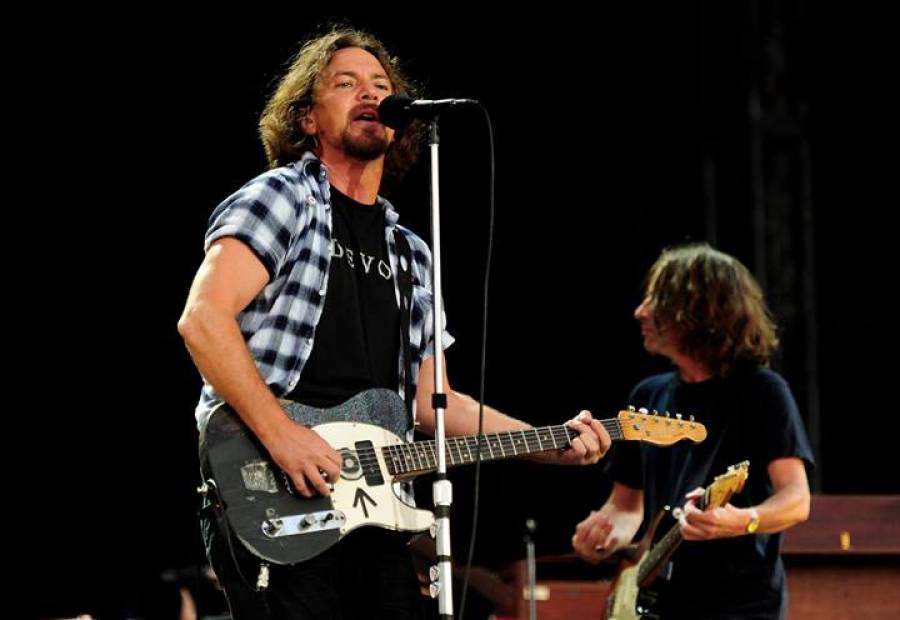 At some point many years ago, before I was in a band from Seattle, I worked for free during the days pushing cases and being a crew guy at a place called “the Bachanal” in San Diego.

Devo had never played that club and thankfully would never play that club again. I want to say the year was 1989. I was there for load in and sound check, and was WAY more enthusiastic than usual… This was DEVO… up close. Amazed to watch them work. Life changing.

Everyone was great. Show went good. They used some projection that I was able to assist with. It was legendary to see them in a place so small. By the end of the night it was a full on Devo show, one that everyone in SD would talk about for some time. Seemed the whole music community was there.

There was no way to not see them as heroes. It was great being in their midst, and one gentleman in particular was extremely kind to me. Here I was, some punk kid working crew who looked up to and said hello to ‘Bob 2’ from Devo. And he was so cool and friendly, and kept referring to me all through the night. He asked if I could look out for a couple of his VIP type friends/family, and they were wonderful as well.

It ended up being a night that was memorable for many great reasons, but the top of the list was his being so respectful to a stranger. And quite seriously, nowadays, when I end up being nice to someone I don’t know, it has everything to do with that man Bob I met, all those years ago.

We all send our love to you.
Again, strangers, but connected…
We will be thinking of you and him, deeply and truly.”