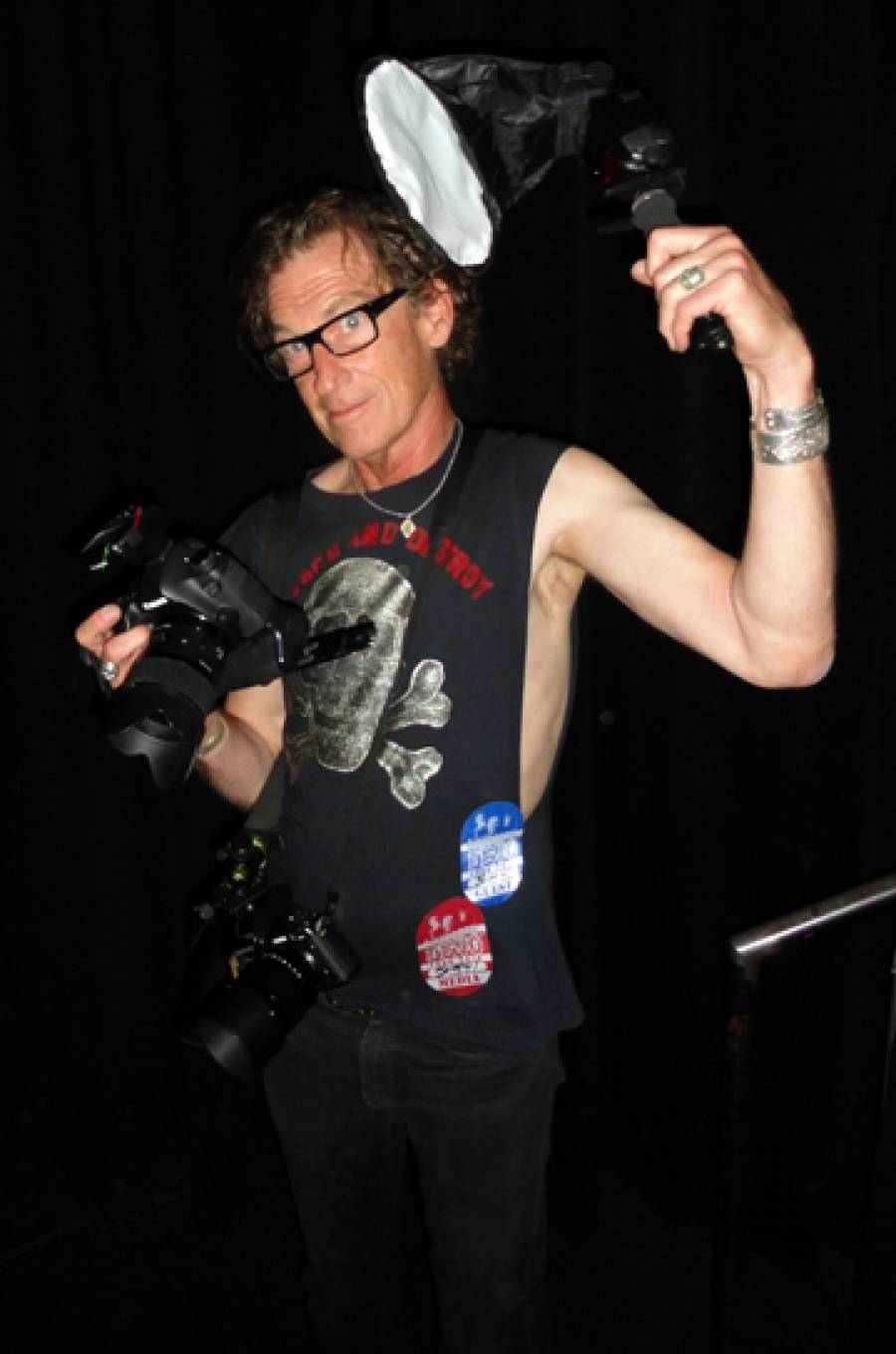 Our pal, Richard Peterson, photographer extraordinaire from Denver, armed with cameras galore to capture DEVO’s show at The Summit in Denver, CO on their HARDCORE DEVO TOUR – June 23rd, 2014.  One of Richard’s 1970’s DEVO photos is featured at the VIP meet & greet event. He wore the same shirt he wore in the 70’s to shoot Devo to this 2014 concert…and it still fits him! Photo by Michael Pilmer/Devo-Obsesso.