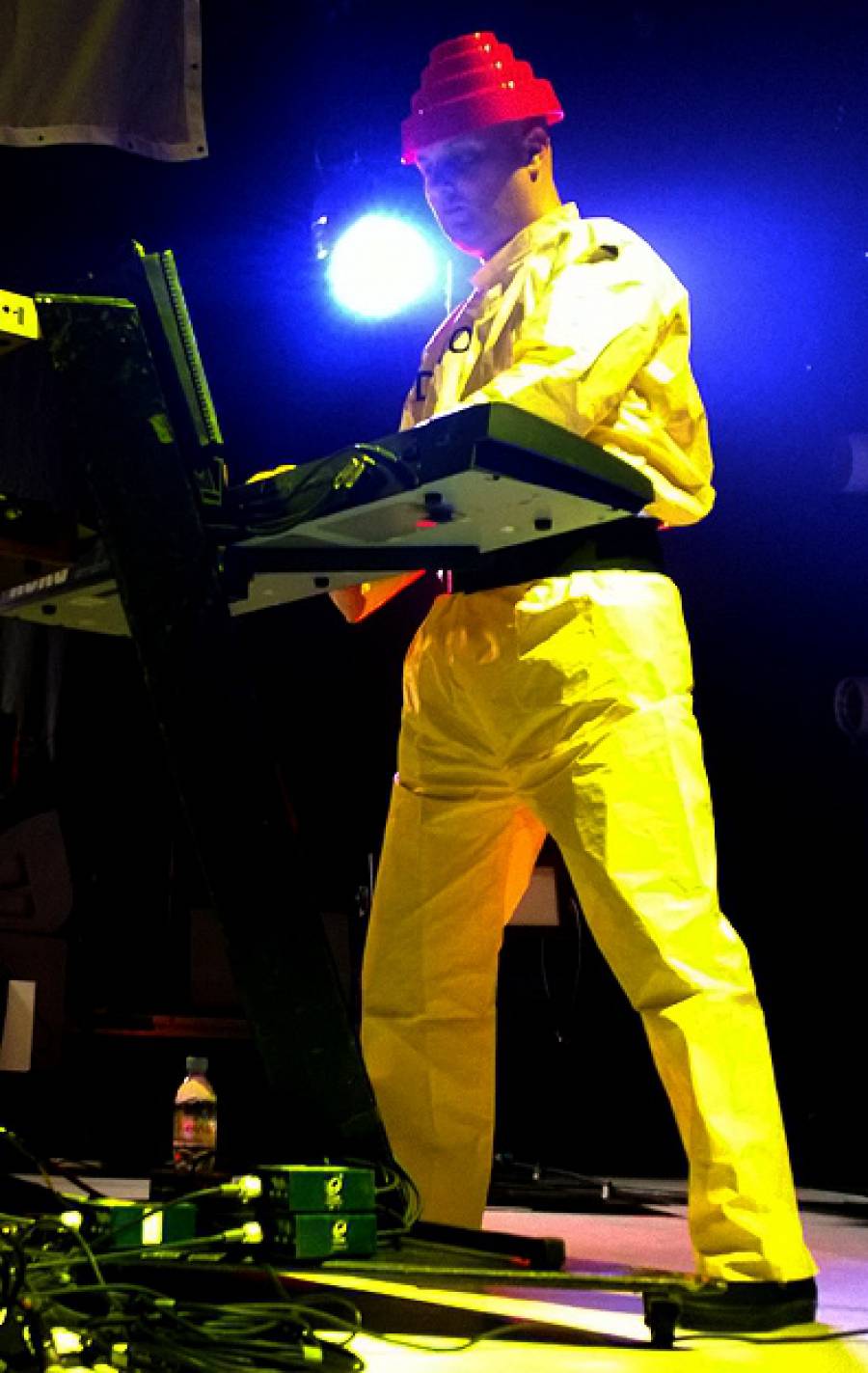 DEVO welcomes Josh Hager (aka Josh2) to the ranks of the Devolutionary Army. He is standing in for our fallen comrade, Robert “Bob2” Casale. Josh is the younger brother of Paul Hager, DEVO’s live FOH soundman, and studio engineer for their “Something for Everybody” album. This is Josh Hager’s first show with DEVO…seen here performing “Whip It” at United Center in Chicago, IL – Aug. 26th, 2014. Photo by Michael Pilmer/Devo-Obsesso.