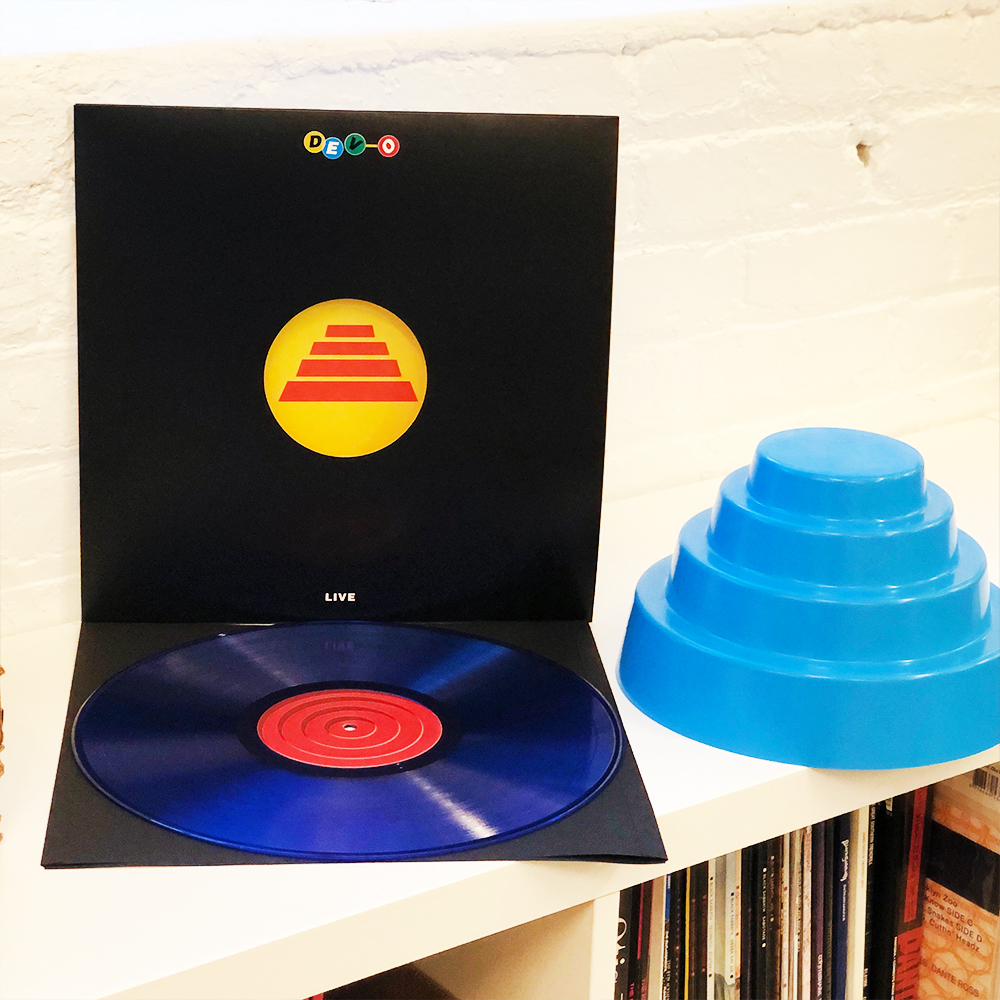 In the early 1980s the “Warner Bros. Music Show” series was mailed to radio stations as promo copies, to be aired only once as a radio show. Pressings were probably a run of a few hundred copies and may have been included as part of the Rockpool service that was sent to 250 college stations. For RSD Black Friday this edition of the series’ promo has been replicated. Six songs from this recording, including an unlisted intro, were used to make the original DEV-O Live 12″ mini-album release.