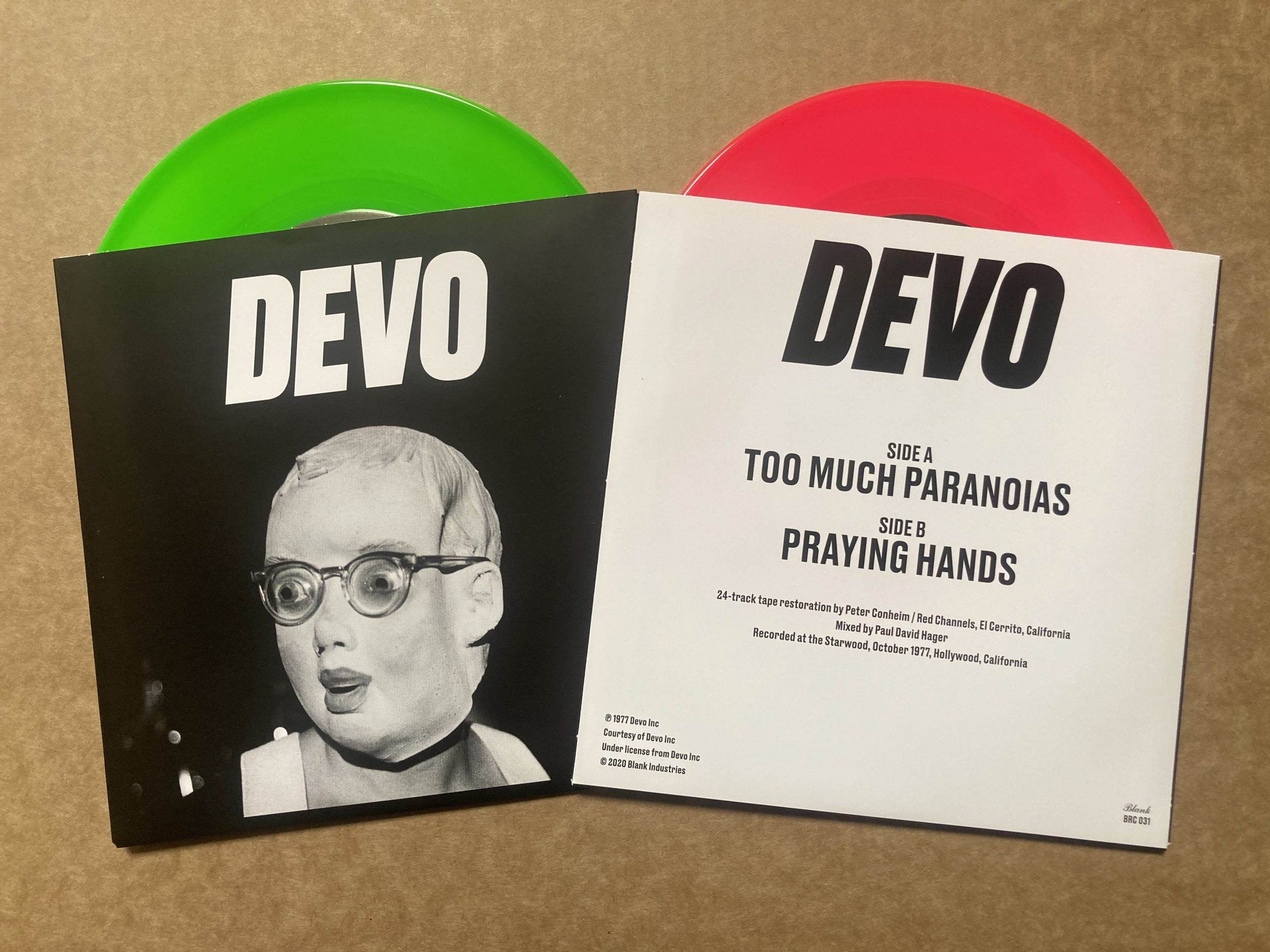 * First ever photo shoot DEVO did in Los Angeles at Slash offices. These photos caught the eye of Moshe Brakha who later took the latex body bag photos for the Satisfaction Booji Boy single.

* The record color is random in each set…either pink or green.