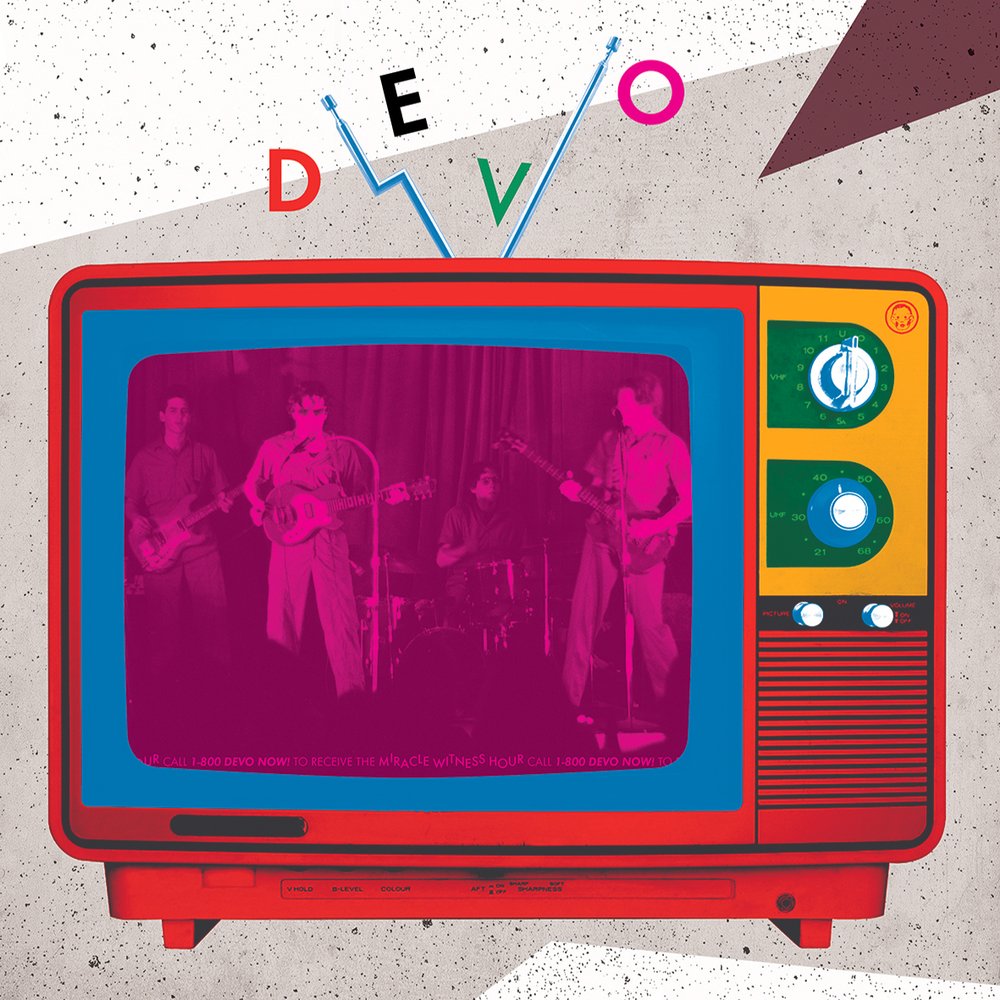 In 1977 DEVO played an intimate show to an eager handful at biker bar turned total dive The Eagle Street Saloon in Cleveland, Ohio. Unbeknown to those canny onlookers, they were to testify to the healing power of DEVO! But what of us now? Beautiful mutants fear not, FUTURISMO are here to rectify your late party syndrome. Televised through the antennas of time we give you DEVO’s most intimate unreleased live record ever – Miracle Witness Hour!

Released for the first time on any format, this remastered document of de-evolution is finally given the attention it truly deserves. A rare glimpse into the embryonic stages of the groundbreaking band way before the masses knew how to ‘whip-it good’, the Miracle Witness Hour boasts primal versions of the bands most recalled avant-pop songs such as ‘Jocko Homo’ and ‘Mongoloid’ moments before Brian Eno got his hands on them, juxtaposed against some of their rarer experimental gems.