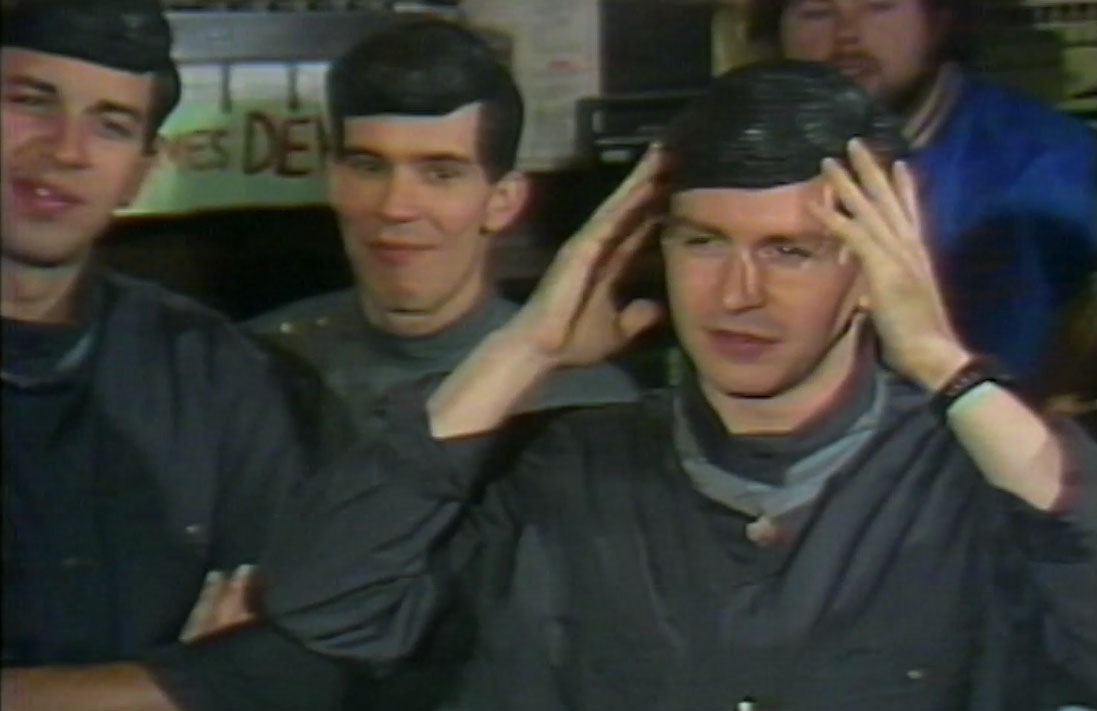 We kicked off the New Traditionalists tour in the Fall of 1981 there in St. Paul, MN. We were experimenting with press conferences as if we were a political activist group in order to re-frame our music and visuals beyond a trivializing Rock n’ Roll press mentality. It was gratifying to hear from the fans who would show up. They understood that life under President Reagan was stultifying. Reagan and his anti-diversity and inclusion policies were empowering the barrage of attacks on basic First Amendment freedoms from the Evangelical, religious right. Reagan was evoking the fantasy of 1950’s, Mom and Apple Pie, white bread America that defied the real forces of international discord and looming environmental disaster facing all people. Once again de-evolution seemed to win out over rational thought and forward looking ideas. We did what we could to humorously fight back. We posited New Traditions to replace the stale, punishing traditions holding people down. – Jerry Casale/DEVO

Go to THIS LINK to see full video.